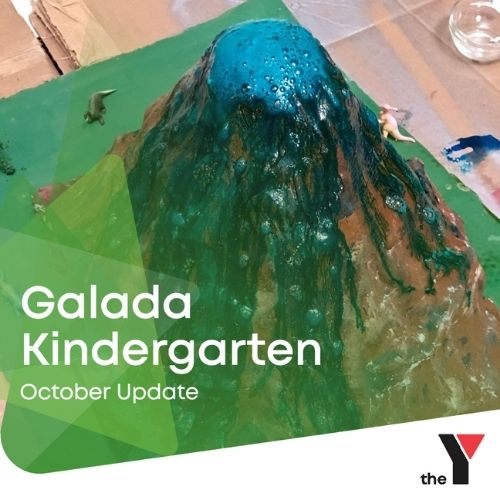 We have had such an amazing and busy Term 3 at Galada Kindergarten! We were incredibly lucky to be able to implement various learning experiences and celebrate different cultural events which led to some amazing learning opportunities for the children.

Due to the children’s excitement surrounding the Olympic Games, we decided to host our own Galada Olympics! The children had a marvelous time making medals, creating Olympic rings and commentating on their favourite athletes’ abilities.

It brought about many interesting conversations about perseverance and practicing until you become good at something. The children were very proud of themselves, and it was great to see them pushing themselves to try new things, but also seeing them support their friends and understanding that it is not always about winning, but about trying your best, supporting your friends and being a good teammate.

For science week, we did many experiments. We set up a volcano, made some ‘lava’ and had the children gather around as we showed them the reaction of baking soda with vinegar. Some of the other kinder rooms made slime, cooked delicious food and had various other learning experiences.

The children were in awe and the experiment was very successful. It brought on conversations about lava, dinosaurs and other interesting topics which we will be exploring in the coming weeks. We also watched a video of live eruptions on the interactive whiteboard to see a real-life volcano and their connection to dinosaurs. We learned that lava covered the dinosaurs and that is how we have many of our fossils today!

We also hired a nature investigation kit from the Melbourne Museum which contained lots of amazing little artefacts from a real crocodile skin to real insects and reptiles in resin. The children used magnifying glasses to explore the different animals, as well as various crystals, rocks and fossils. The children investigated the different types of insects and plants and their life cycles, forming discussions about how they grow, where they come from and how they develop.